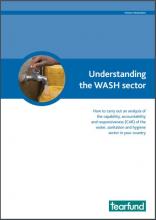 Year of publication:
2010
Intended for implementation partners and/or civil society organizations, this framework outlines how to carry out an analysis of the capability, accountability and responsiveness (CAR) of the WASH sector at the national level.

Published by Tearfund in 2010, this framework enables the analysis of a country's core components of WASH governance - capability, accountability and responsiveness (CAR).

Components of the CAR framework:

The Framework was originally developed for use by DFID country offices so that the UK, as a donor government could better understand the governance context in which it is working. Initially, its focus was for general analyses of governance with some steps to look at how it could be applied specifically to the water sector.

The use of the CAR Framework in this way (ie applied to WASH by a civil society organisation) has proven beneficial in several respects. First and foremost, the CAR Framework provides a means by which the governance conditions affecting the WASH sector can be analysed. It helps develop a much better understanding of the policy and political context in which an organisation is working, either programmatically or in advocacy. Furthermore, for those engaged in, or wanting to start engaging in advocacy, it enables the gathering of information from which an advocacy strategy can be developed and on which informed communication with the government can be based. In the longer term, it provides a means of monitoring government performance in the WASH sector, and data collected in the first CAR analysis can provide a baseline for future monitoring of progress in advocacy work and in governance more broadly. Where governments are open to civil society engagement and participation in WASH policy issues, the CAR Framework can provide the basis for constructive dialogue between civil society organisations and government.

There are no reviews yet.

Be the first to review "Understanding the WASH Sector "

There are no implementation reports yet.

Other tools that could interest you 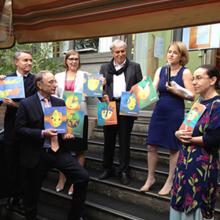 Realising the Human Rights to Water and Sanitation: A Handbook

Year of publication:
2014
This Handbook gives guidance on the implementation of the human rights to water and sanitation as defined by the international human rights legal framework. The main target audiences include governments at all levels, donors and national regulatory bodies, however, it provides information that will also be useful to civil society, service providers and human rights organisations. 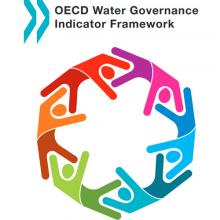 Year of publication:
2018
The Water Governance Indicator Framework provides a voluntary multi-stakeholder self-assessment tool to understand the performance of water governance systems at city, basin, regional or national scales. Its primary objective is to stimulate a transparent, neutral, open, inclusive and forward-looking dialogue across governments and other stakeholders on what works, what does not, what should be improved and who can do what. It is also a tool supporting the implementation of the OECD Principles on Water Governance. 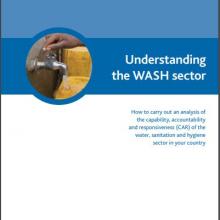 Year of publication:
2010
Intended for implementation partners and/or civil society organizations, this framework outlines how to carry out an analysis of the capability, accountability and responsiveness (CAR) of the WASH sector at the national level.