Nigerian CSOs: Accountability is the first step towards ‘Leaving No One Behind’ 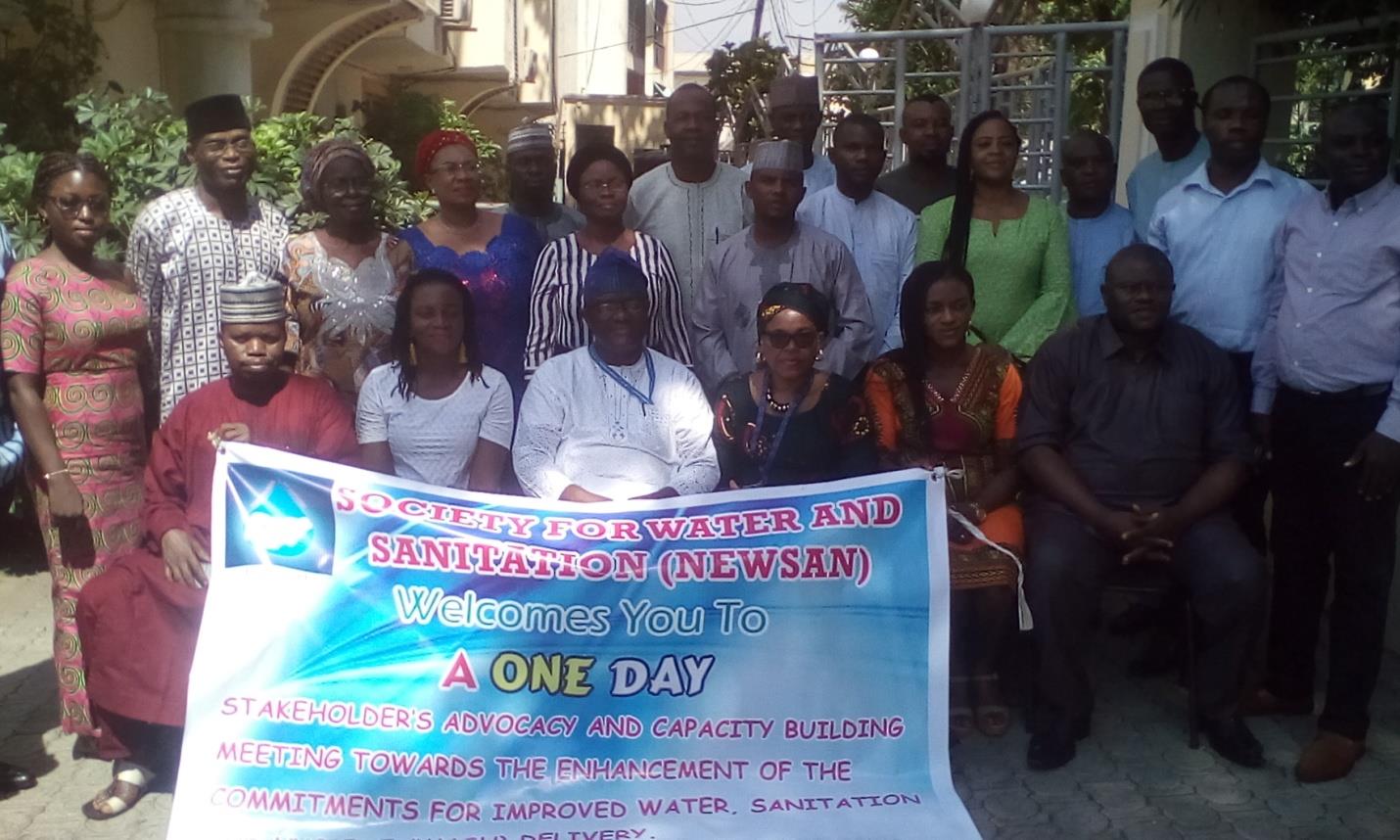 With the support of Sanitation and Water for All (SWA), the Nigeria-based Society for Water and Sanitation (NEWSAN) has been taking steps to strengthen governance in water, sanitation and hygiene (WASH) sector to accelerate progress towards SDG 6. NEWSAN, an umbrella network of WASH NGOs in Nigeria, is aiming to develop evidence-based advocacy for resilient Monitoring and Evaluation (M&E) activities to realize human rights to water and sanitation.

To achieve this goal, NEWSAN has developed a policy brief document to monitor the following commitments made by the Nigerian Government at the 2014 SWA High-Level Meeting:

To assess the key bottlenecks regarding these six commitments, NEWSAN sent letters to the Federal Ministries of Environment, Water Resources, Finance, Planning and Budget. All the ministries responded and met with the NEWSAN team except for the Ministry of Budget and Planning, Office of SDGs and Ministry of Finance. Additionally, the bilateral meetings were held with Office of the Special Assistant to the President on SDGs, Nigerian Association of Chambers of Commerce, Industry and Agriculture (NACCIMA) and Nigerian Association of Small and Medium Enterprises (NASME). In order to validate this policy document, NEWSAN organized a meeting on 9th November 2018 in Abuja, Nigeria. This validation meeting was attended by the representatives from the Federal Ministry of Environment, Ministry of Water Resources, European Union, NACCIMA and NASME. Presentations were made by NEWSAN state representatives and the NEWSAN team on their findings at the validation meeting.

Since the 2014 SWA High-level Meeting, the Nigerian Government has been working to actualize the commitments as seen in the finalization of the roadmap for Open Defecation Free (ODF) policies, the introduction of public-private partnership (PEWASH) and most recently the declaration of a state of emergency in the WASH sector. The federal Ministry of Water Resource and National Bureau of Statistics with the support of UNICEF, conducted a Water Sanitation and Hygiene–National Outcome Routine Mapping (WASH-NORM) survey to gather the latest data on the improved access to water, percentage of open defecation cases and general sanitation practices. This effort would lead to strengthening of the data monitoring mechanisms in the country resulting in informed decision making and policies. Also, the establishment of Water Sanitation & Hygiene Management Information System (WASHIMS), a water and sanitation monitoring platform, has led to improved and sustainable M&E practices in the WASH sector in the country.

However, some key governance bottlenecks remain, particularly in:

NEWSAN believes that the process of preparing the policy brief was an excellent M&E tool to understand the bottlenecks in the WASH sector such as inconsistent annual budgetary increase for WASH, approved amount on the budget not being released and serious lack of communication between Ministries and Departments on SWA commitments. Keeping this policy document as a baseline, we will now be advocating for an increase in water and sanitation budget and strengthening of the accountability measures.

With Sector Ministers’ Meeting in April, NEWSAN is engaging with the Nigerian Government to aid in the preparatory process. Drawing from the learnings of the policy brief, we are hopeful that NEWSAN would be able to take the commitments on the following issues on behalf of Civil Society in Nigeria: