Lest we forget: investment in hygiene, sanitation and water key to fighting COVID-19 – Part 3 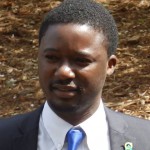 Investing in water, sanitation, and hygiene is a matter of prioritization.

The critical question is - how can governments support the sector given the impact of COVID-19 on the tax base, as many people and industries have been affected? Basically, the cake to be distributed has significantly been reduced. Indeed, the impact of COVID-19 on most industries has had the effect of curtailing jobs and reducing growth, among others.

There is no silver bullet to resolving COVID-19 and the myriad mini-crises or big crisis associated with it, including the aftershocks we are yet to see. For now, a good number of countries should take advantage of the fiscal space they have due to the suspension of debt repayments to put their resources where it matters most – programmes that protect our health, create jobs and make their economies resilient. The financial burden could have been worse had some governments not received a reprieve on their debt obligations.

The World Bank and the G20 agreed to the debt service suspension initiative (DSSI) for low-income countries. As of 8 September, 43 countries were said to be participating in this initiative with the possibility of more countries joining. Unlike the previous debt initiative, which canceled and reduced the actual debt stock of many countries, this new initiative pushes the debt payment obligations forward. This means these countries will not need to be servicing a considerable amount of their loans for some time, thereby gaining some amount of relief and fiscal space – hoping they don’t use this space to service loans from creditors who are not participating in the current initiative. Many commentators and debt campaigners would have preferred a total debt-write off which the initiative does not provide. For countries benefiting from the DSSI, how governments act to protect their revenues and manage this fiscal space will make the difference.

Colleagues at WaterAid and End Water Poverty also offer some suggestions for increasing development finance during this time. Among others, they call for a transformation in public finance to maximize revenues, curtail pilferage and in turn prioritize the SDGs including the water, sanitation and hygiene targets every year. They recommend action on tax evasion, climate finance and new taxes on carbon emissions together with other suggestions. They also support the UN Secretary-General, UNCTAD and others who have called for a new allocation of IMF’s Special Drawing Rights to bolster developing countries’ foreign exchange reserves, stimulate economies and release funds for spending on health and public services.

Nearly 100 global leaders, including 14 Heads of States and Governments have called for serious attention to hygiene, water and sanitation during and after COVID-19.  As part of the Sanitation and Water for All partnership, they support mobilization and adequate investment in these three issues as fundamental pillars for a healthy population which is critical for growth. Besides, the World Bank and G20 recommend more spending in social, health and economic sectors. Will governments only invest in economic programs that do not help to insulate their economies from a future public health pandemic? Or will they invest in economic initiatives that simultaneously propel growth, support a healthy society and do not exacerbate the climate crisis? Investing in water, sanitation and hygiene services at scale promises to deliver on those three fronts. It is social spending with multiple benefits.

As austerity will be the path taken by most governments, there is a high risk that governments will demote investments in the primary factors that can help to cut the pathways of diseases including COVID-19. Taking money away from water, sanitation, and hygiene is akin to taking away firetrucks when the fire is still raging. When a grocery is burning, it is folly to take away money from the fire department in order to restock the grocery. In the face of this pandemic, it is important that governments do not take away money from the very first and primary line of defense- water, sanitation, and hygiene- to other sectors.  Already, during COVID-19, some countries cut allocations to the water and sanitation sector. A few have either maintained or increased allocations to hygiene services. But hygiene, water and sanitation are complementary. One is not very effective without the others. Investing only in hygiene is like building a house without a roof or buying toothpaste without a toothbrush. Economies can ill afford deprioritized spending in water, sanitation and hygiene. If there are issues whose resources should be protected, ring-fenced and complemented during this crisis, water, sanitation, hygiene and health must be top of that list.

As countries get debt relief and implement stimulus packages, investment in water, sanitation and hygiene should be prioritized, increased and protected as if our lives depend on them, because, well, they do.