On May 31 the Dutch football team won with 1-0 of the Ghana Black Stars during a friendly game in Rotterdam. It was an exciting event, but something more important happened during the match: not only did the NGO Football for Water kick off their WASH public fundraising campaign, but the Dutch minister for Foreign Trade and Development Cooperation Lilianne Ploumen signed an agreement with UNICEF to contribute US$ 1.5 million to the SWA partnership.

WASH is one of the spearheads of the Dutch policy. Their commitments during the High Level Meeting included the improvement of WASH services worldwide through an investment of 100 million dollars per year over the coming 4 years (2014-2017). The objective is to reach 25 million people with first-time access to sanitation by 2015 and first time access to safe drinking water by 2018.

President Kufuor complimented The Netherlands for its leadership in the field of WASH, and stated: “Ghana and Africa have benefitted greatly from Dutch leadership on not only water but also on the essential but often forgotten issues of sanitation and hygiene. We have benefited from your engineering and scientific knowledge, and also through the generosity of the Dutch people and of your government.”

He also mentioned the active engagement of two Dutch organizations - IRC and Simavi - in the SWA partnership by “contributing with their energy, their knowledge exchange and their commitment to bringing the situation of the poorest people to the attention of policy makers.” 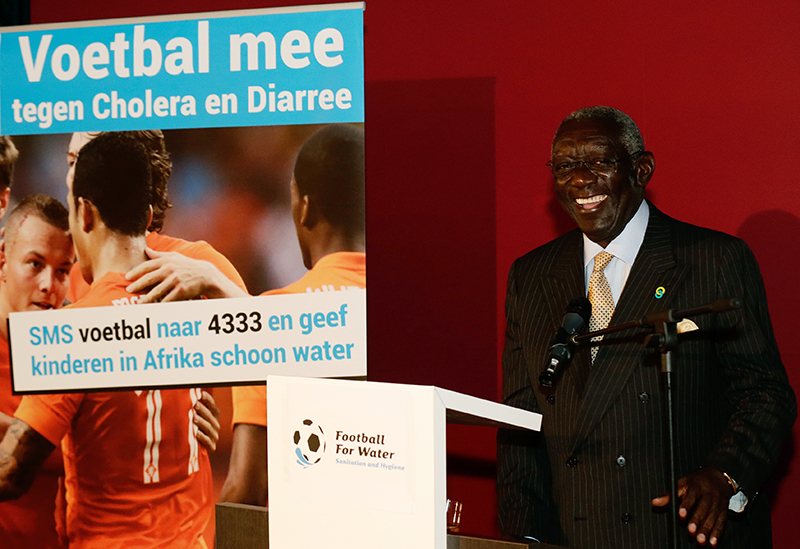